Comments Off on free television Posted by itjerk on November 9, 2008

Ever since I ordered my coupon for a digital converter box from the government, we’ve enjoyed not only a significant step-up in quality to our off-air television, but a boatload of new channels – all for $25 bucks. The next step, which just so happens to coincide with some major house renovations, is a roof-top antenna.

The place to start is AntennaWeb. It’s an industry (CEA) sponsored site that assists you in finding out everything about off-air television reception, simply by entering your street address and zip code. TVFool.com offers the same information in a more graphic presentation. I live on the north side of Chicago and fortunately enough, the vast majority of signals I receive all emanate from the Sears Tower (CBS2 is the odd one out). I’m now empowered with information to make my antenna purchase a lot easier: the vast majority of television signals in my area are about 4-5 miles from my home, with a compass heading of 142 – 158 degrees and they fall into the “yellow” band. Now I know exactly what will be required of my antenna, and where to place it. I probably don’t have to worry about range, and may even experience some over-saturation if the antenna has too much gain. It also looks like a directional antenna will do.

After checking out Radio Shack‘s website, I wanted to find out more about antennas. First, I found the big three: Antennas Direct, Winegard, and Channel Master. Then I stumbled upon Denny’s Antenna Service. His site offers a wealth of information about television antennas, and he’ll even send you a personalized recommendation. For now, it looks like the EZ-HD Antenna is a top contender. Imagine, free, high definition television forever, all for a one-time purchase of $59.00.

I’m old enough to remember buying our first color television with my father. Back then, we had exactly five television stations: the three major networks, a PBS affiliate, and one independent station, Channel 18. Since then, cable and satellite have all but overtaken off-air transmission. The government – especially the FCC – doesn’t do a lot of things right, but the conversion to digital transmission offers not only free high-definition television, but a new lease to off-air reception. Hurry now, as of this post you have exactly 100 days until analog tv is shut off for good!

Comments Off on ubuntu intrepid ibex Posted by itjerk on November 1, 2008

Once again, Ubuntu provides a perfectly painless distribution upgrade to their latest release of the Linux operating system. In order to automatically get 8.10 (Intrepid Ibex) from the previous long-term-support release 8.04 (Hoary Hedgehog), you’ll need to make one quick change to your Software Sources. Under the Updates tab, change Release Upgrade from “Long term support only” to “Normal releases”. Then run Update Manager, and about an hour later, you’ll be completely upgraded. 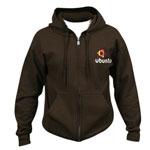 Wow. That’s a real short list. Thanks Mr. Shuttleworth. Next up is 9.04 (Jaunty Jackalope) in April.

Upgrading Ubuntu on the web:
http://www.ubuntulinux.org/getubuntu/upgrading